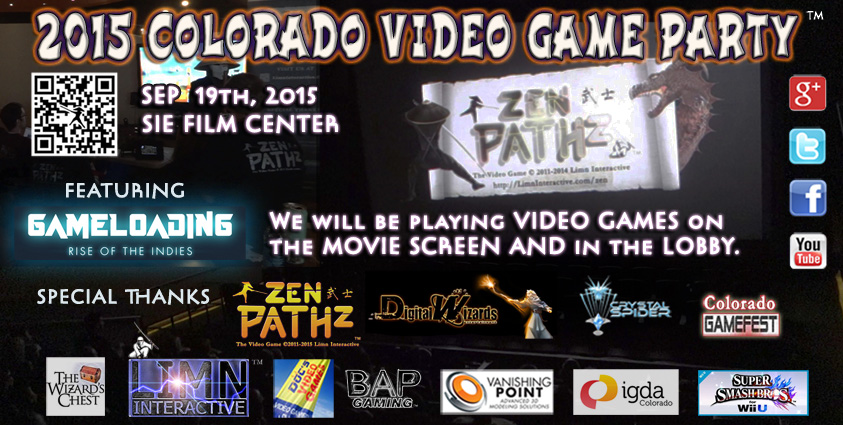 Don’t miss our fifth annual Denver Video Game Party September 19th, 2015. We will be set up in the LOBBY and also playing VIDEO GAMES on the MOVIE SCREEN. Play Colorado indie games, Colorado retro games, Denver eSports, ZenPathz and more. Enjoy GameLoading: Rise Of The Indies, a feature length documentary about the exploding subculture of indie game developers around the world. 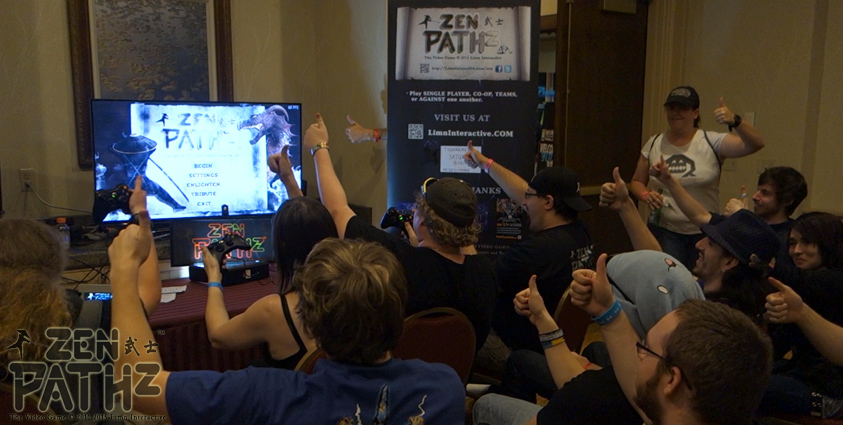 Also be sure to RSVP for the 2015 Denver Indie Game Expo. Find Colorado Virtual Reality Games, Retro Games, eSports games, Colorado Indie Games and more from Denver video game companies, Boulder video game companies, artists, musicians and a variety of Colorado indie developers. If you are interested in showing a portfolio, games, or anything else you are working on, sponsoring, or getting involved in future events, let us know HERE. 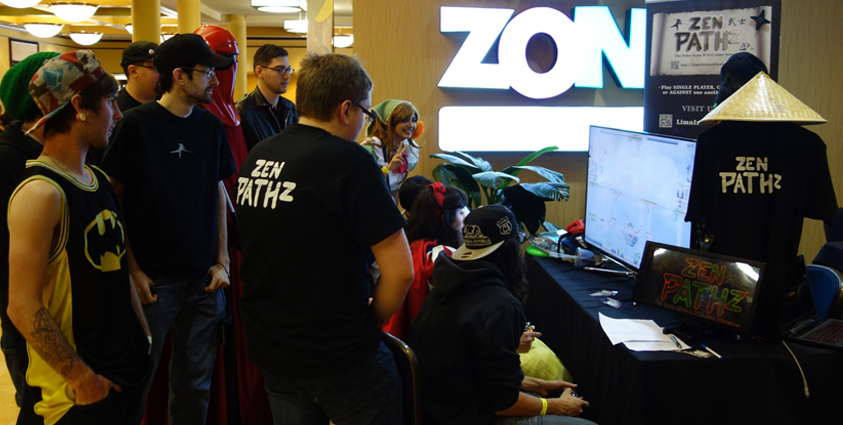 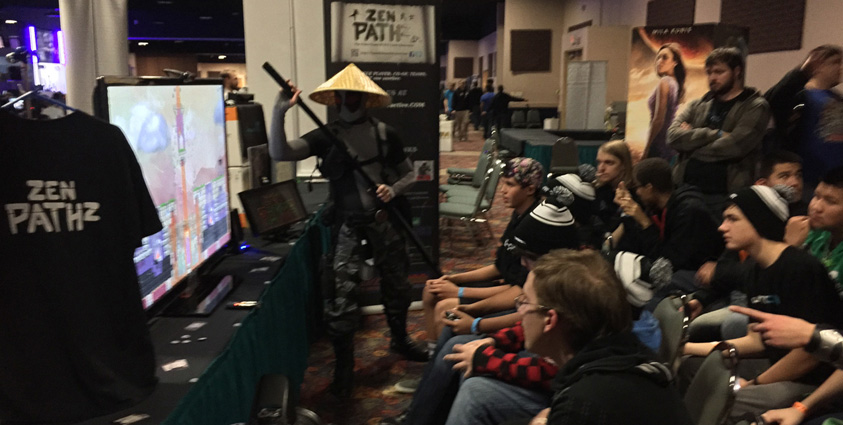 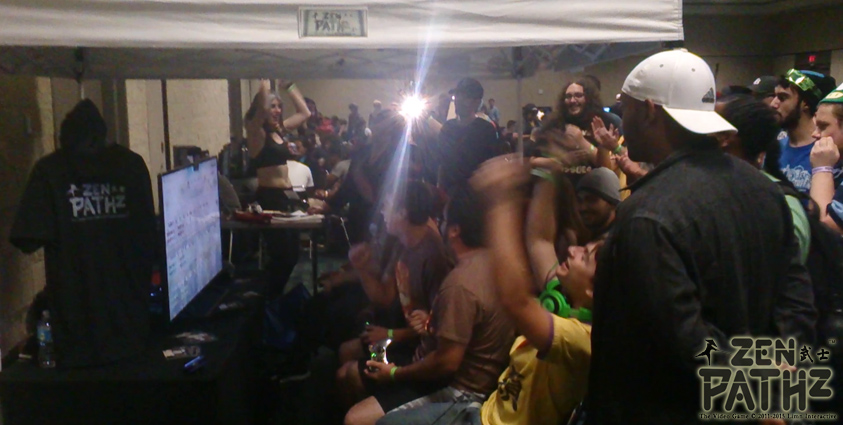 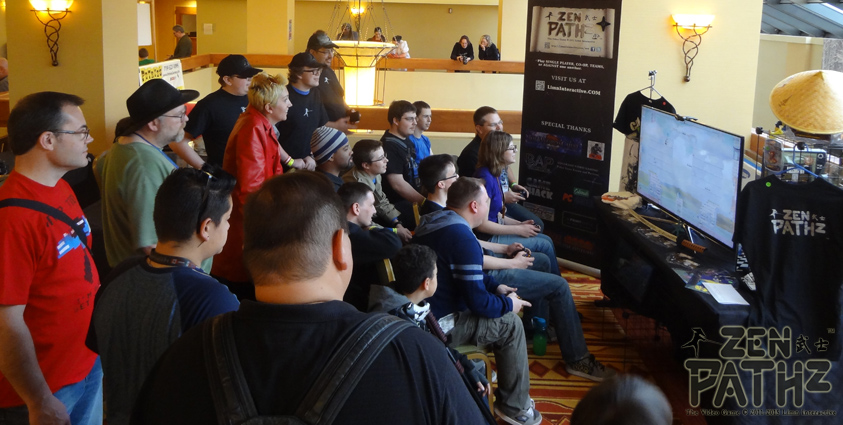 We enjoyed doing the 2015 MegaCon video games panel and had a great time working with Vanshing Point and other indie developers. The event was massive. Hundreds filled our panel room with folks lining the walls and our game was a big hit all weekend. Other guests included Stan Lee, Karen Gillan, Jenna-Louise Coleman, Arthur Darvill, and Alex Kingston (from “Doctor Who”), Adam Baldwin, Summer Glau (from “Firefly”) and more. 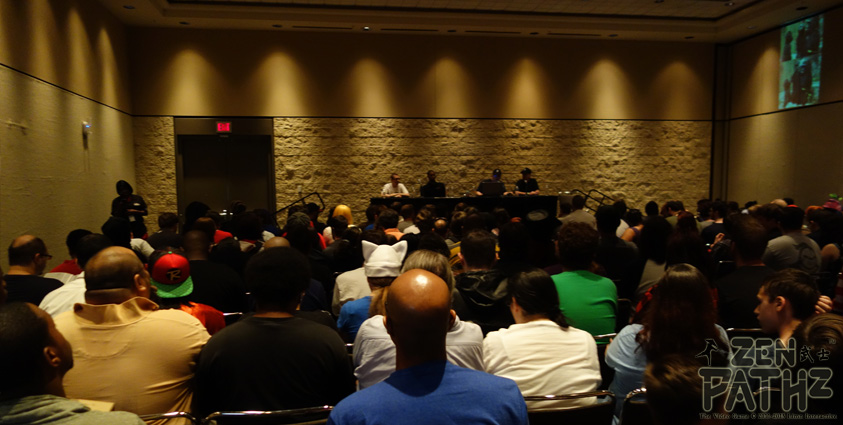 Game into the night with our latest Colorado eSports game Zen Pathz and other great indie games at the 2015 Orlando Indie GameFest and MegaCon Video Game Party next month. RSVP HERE asap as we filled up quick last time. 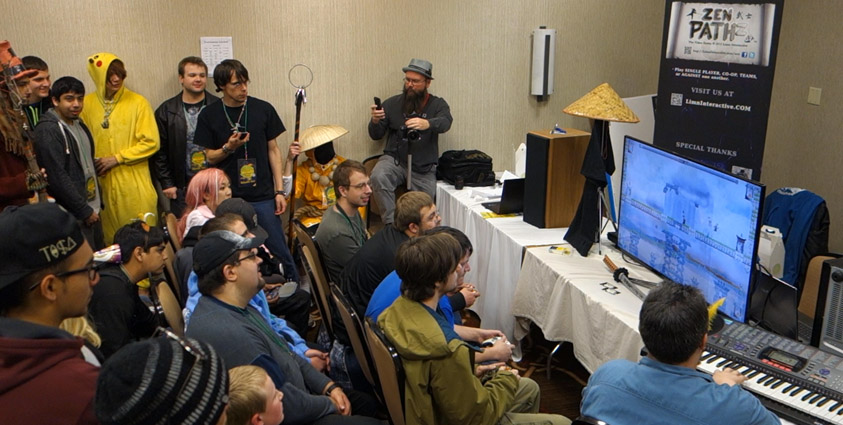 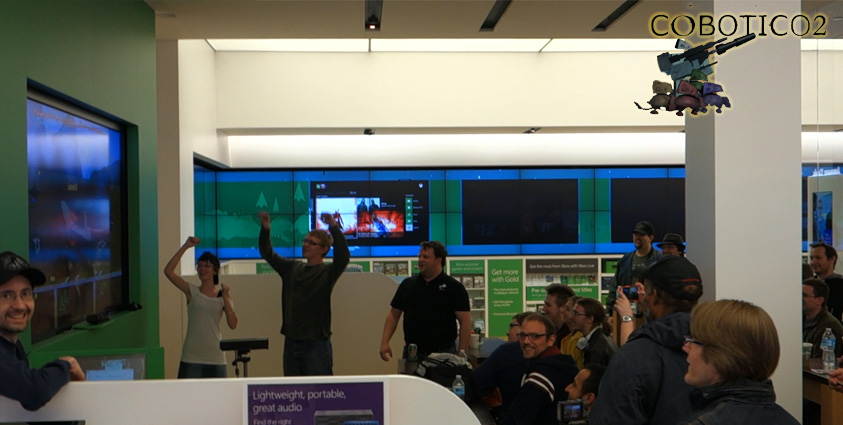 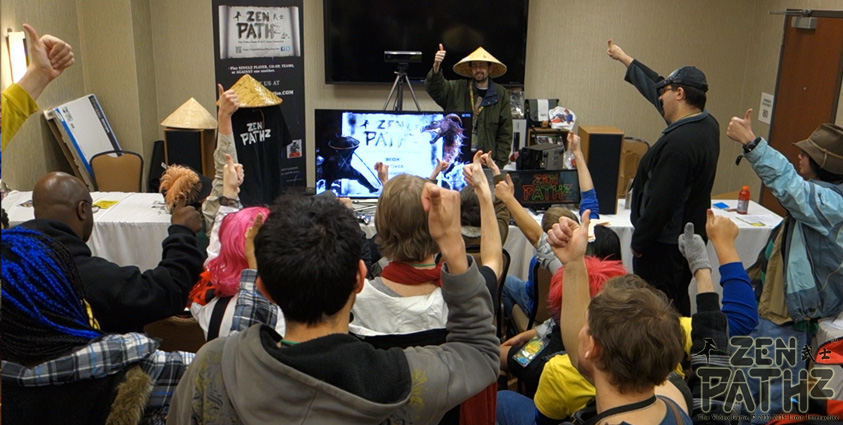 Thumbs up at our latest ZenPathz Colorado Video Game Party

The annual Afterjam for Denver Global Game Jam 2015 will take place March 10th, 2015 in Colorado at the Microsoft Store Park Meadows. Details for the 2015 Denver Hackathon have also been updated. We plan to have food, hardware, prizes and more. Be sure to mark your calendar and RSVP ASAP. Join us for the 2015 Animeland Denver Video Game Party with Colorado eSports, casual gaming, local Denver video game companies, Colorado indie developers and more Feb 27th – Mar 1st, 2015. 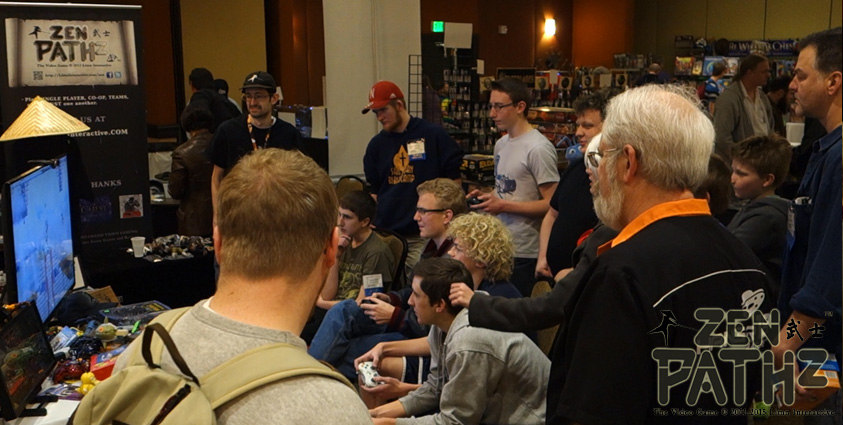 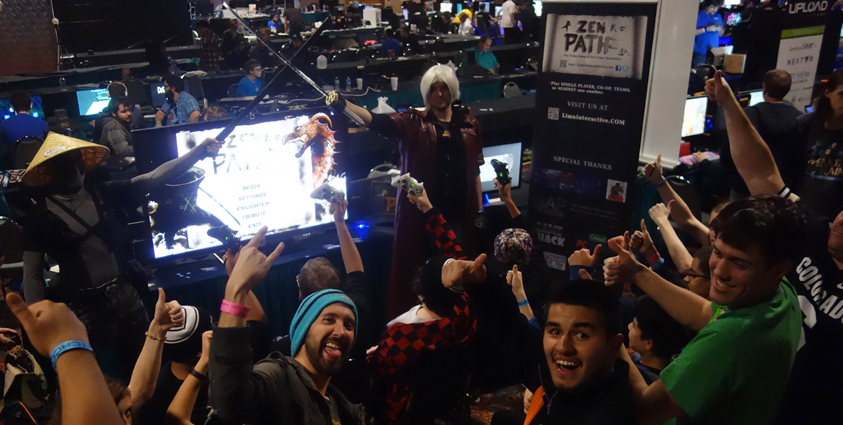 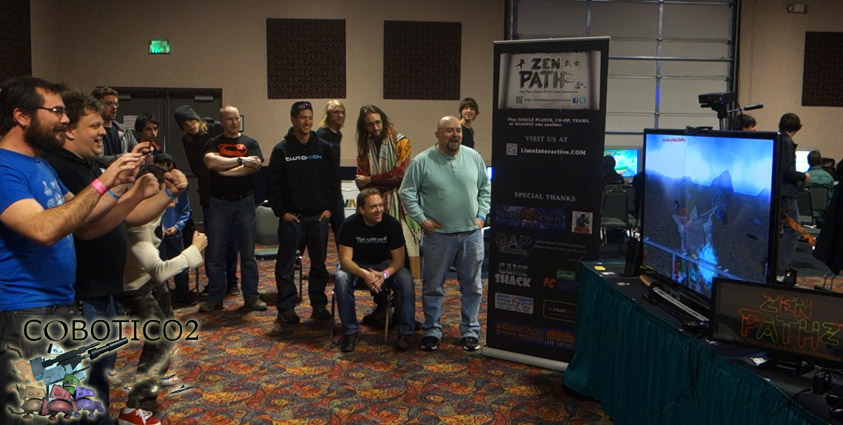 Our new Kinect v2 game running on Unity3D draws a crowd at ClutchCon in Denver. 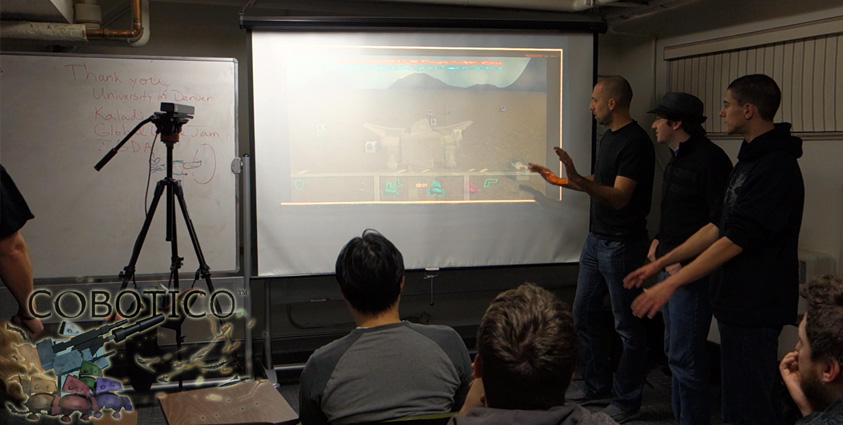 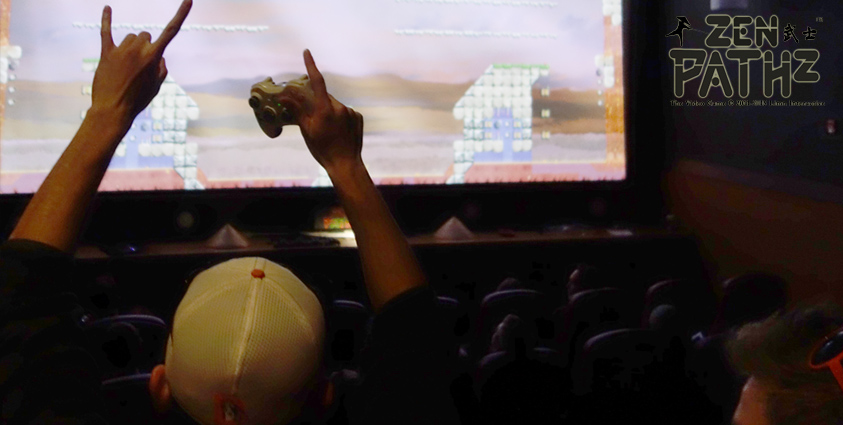 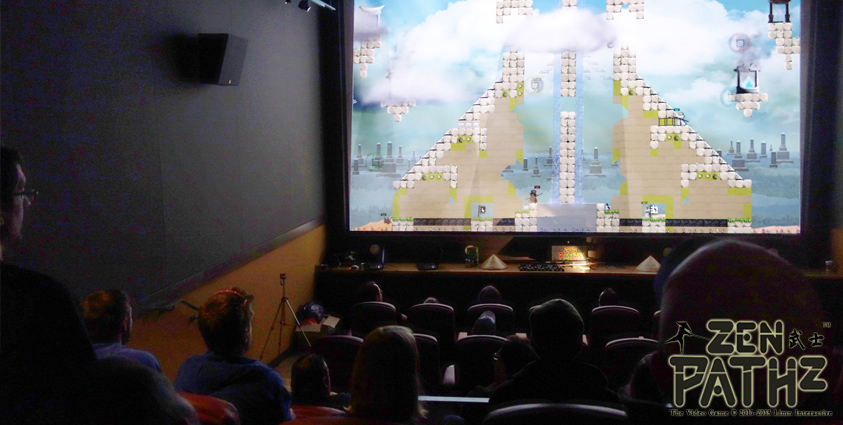 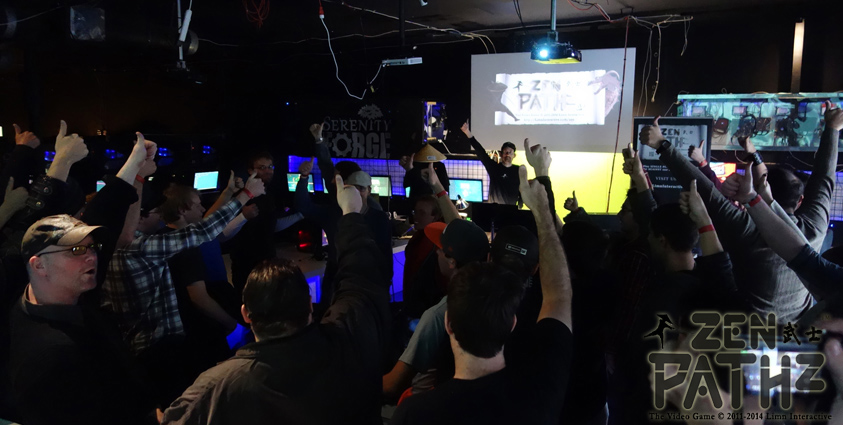 Join us for the 2014 COLORADO VIDEO GAME HOLIDAY PARTY on December 20th. We will set up in the lobby and also be playing video games on the MOVIE SCREEN. This event will be free to attend. They have a full bar inside with local craft beer, popcorn and more. Join the Colorado eSports scene for gaming on the BIG SCREEN. Enjoy casual play also. Meet with Colorado Springs, Denver, Boulder game developers, Colorado indie game developers, professional gamers, and others from all around the Mountain-States region interested in video games. Don’t miss the biggest Denver Super Smash Bros tournament, Zen Pathz tournament, Mario Kart and more video games on the largest screen you will play on in Colorado. Play unique Denver indie video games, Boulder indie video games, AAA, retro classics, etc. More details and RSVP HERE. Please note: games, attendees, activities, etc subject to change without notice. 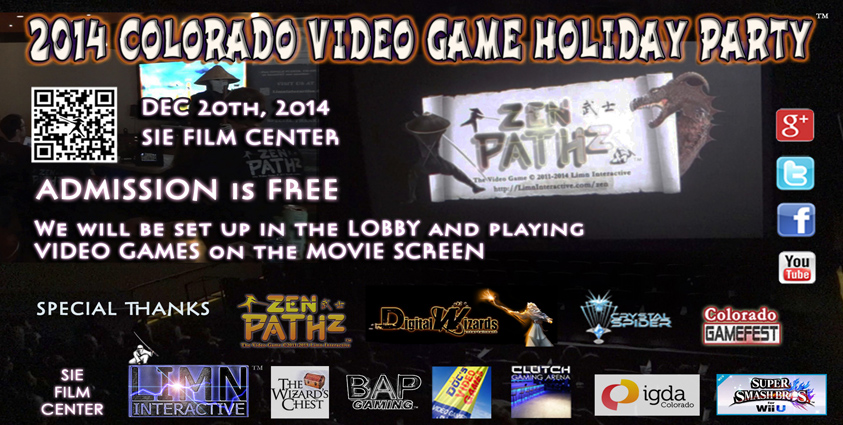 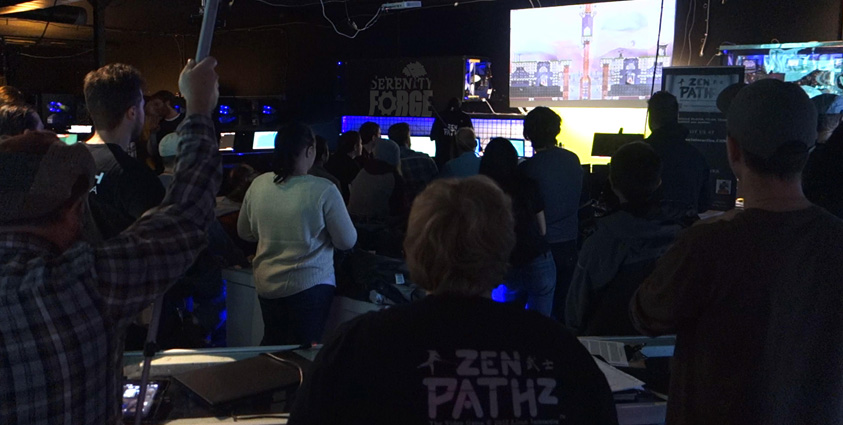 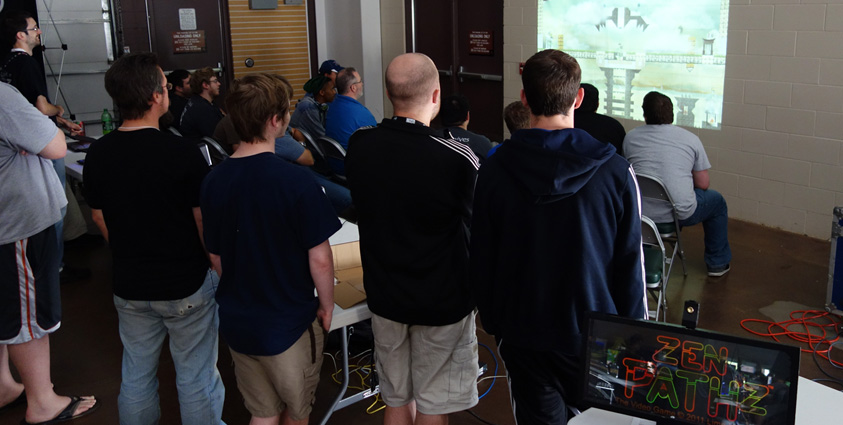 Limn Interactive displayed new projects and games under development at most of the big Colorado eSports, Denver video game tournaments, and Denver lan party events in 2014 including GAMEFEST, Denver LanFEST, Denver Comic Con, and others. We also demoed at some great events out of state including QUAKECON 2014 where John Romero enjoyed our latest build of Zen Pathz. 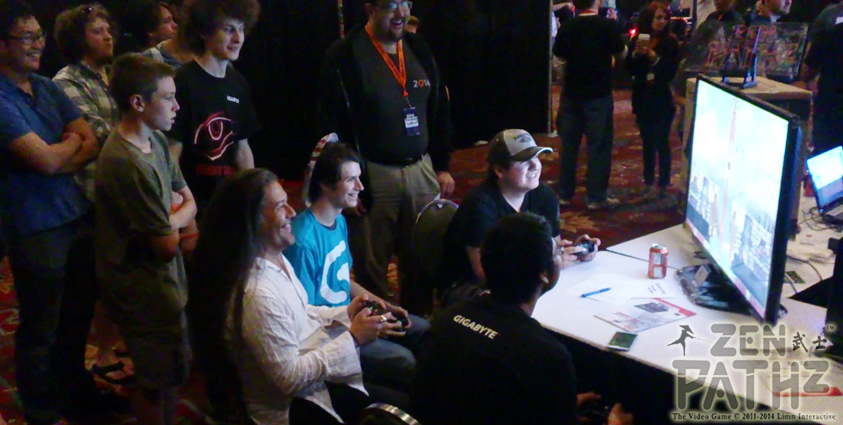 Video Games The Movie will be in Denver one night only: July 20th, 2014 at the
Sie Film Center. Join the Colorado Chapter of the IGDA (International Game Developers Association), Colorado Game Developers, and the Colorado Video Game Community including Limn Interactive and other Denver game development companies for a meet and greet mixer. Join us for ZenPathz and more in the lobby at 5:30pm followed by Video Games The Movie at 7:00pm and a post-reception mixer.

This will be a great opportunity to network and celebrate video games in Colorado. We set up a group discount for Colorado Game Developers/IGDA members. The promo code is IGDA2014 They have a full bar inside with local craft beer and a decent liquor selection. We would suggest buying your tickets for this event soon. There is a chance it will sell out.

The film covers how video games are made, marketed, and consumed by looking back at gaming history and culture. It also looks at where the game industry is heading. If you have something you would like to show in the lobby, on the big screen, or can donate prizes, let us know.

If you can’t make it out to this event and are interested in video games or game development in Denver, be sure to sign up for the Denver Indie Game Expo before it fills up.