The hottest indie games party during South by Southwest 2017 is only two weeks away. Join us March 15th at the 2017 Austin Indie Game Expo indie game party during SXSW. Celebrate the latest in games and game development with us at one of the best annual Indie Game Festivals. Stop by and play a showcase of the top new video games and tabletop games under development from around the world. Meet game developers, virtual reality (VR) developers, musicians, artists and others shaping the future of independent games and VR. RSVP HERE for one of the best gaming parties during SXSW 2017 before full. Join us for the raffle, laser projection gaming and more in a great atmosphere with a large selection of craft beers from around the globe. There will be SXSW video games and tabletop games but this party is not affiliated with South by Southwest and is open to the public. Our games showcase is not an official SXSW showcase nor are we affiliated in any way with SXSW. 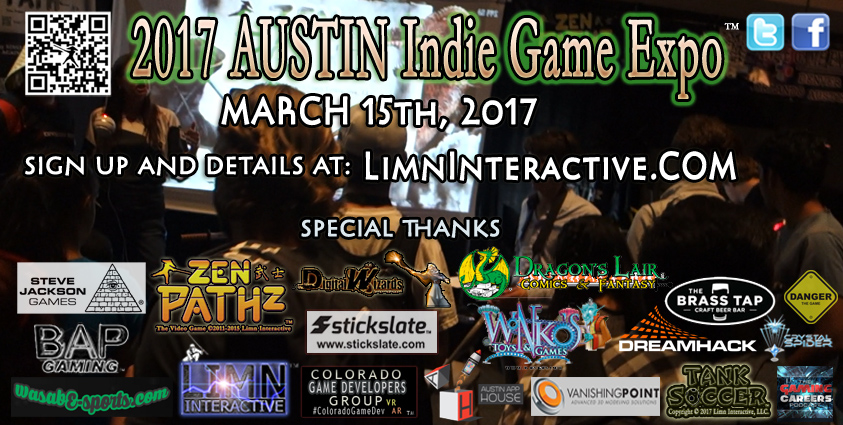